Marijuana is the most commonly used federally illegal drug in the United States, with 37.6 million users in the past year, and marijuana use may have a wide range of health effects on the body and brain.

How can marijuana affect your health?

Developing brains, like those in babies, children, and teenagers are especially susceptible to the hurtful effects of marijuana. Although scientists are still learning about these effects of marijuana on the developing brain, studies show that marijuana use by mothers during pregnancy may be linked to problems with attention, memory, problem-solving skills, and behavior problems in their children.

Using marijuana makes the heart beat faster. It could also lead to increased risk of stroke and heart disease. Smoked marijuana delivers THC and other cannabinoids to the body, but it also delivers harmful substances to users and those close by, including many of the same substances found in tobacco smoke, which are harmful to the lungs and cardiovascular system. So it’s hard to separate the effects of the compounds in marijuana on the cardiovascular system from the hazards posed by the irritants and other chemicals contained in the smoke.

How marijuana affects lung health is determined by how it’s consumed. Smoked marijuana, in any form, can harm lung tissues and cause scarring and damage to small blood vessels. Smoke from marijuana contains many of the same toxins, irritants, and carcinogens as tobacco smoke. Smoking marijuana can also lead to a greater risk of bronchitis, cough, and phlegm production. These symptoms generally improve when marijuana smokers quit.

Marijuana use, especially frequent (daily or near daily) use and use in high doses, can cause disorientation, and sometimes cause unpleasant thoughts or feelings of anxiety and paranoia. Marijuana users are significantly more likely than nonusers to develop temporary psychosis (not knowing what is real, hallucinations and paranoia) and long-lasting mental disorders, including schizophrenia (a type of mental illness where people might see or hear things that aren’t really there). Marijuana use has also been linked to depression and anxiety, and suicide among teens. 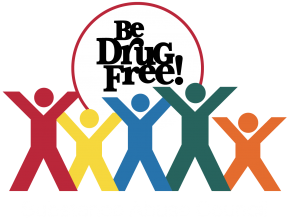